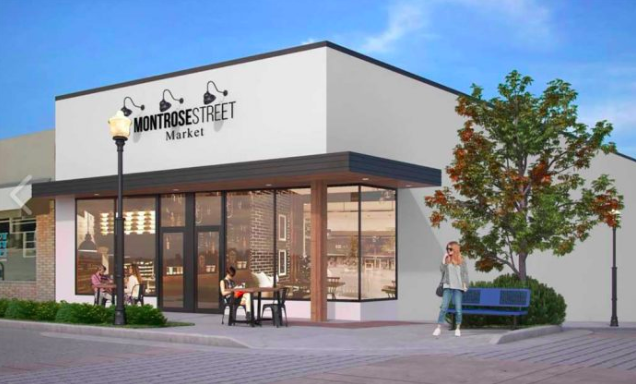 It is a very exciting time to be in Clermont and Mount Dora as both are soon welcoming new marketplaces. This concept of having multiple vendors under one roof is far from new but for Lake County it’s a great step toward an increased diversity of retail options that are both economical and enjoyable. Businesses can thrive being surrounded by each other and guests enjoy the convenience of easily meandering from one ‘storefront’ to the next. Both Clermont and Mount Dora are expected to feature delicious local food as well as unique novelty stores.

For a sneak peak into the potential success of these marketplaces you only have to look as far as Orlando. Winter Garden and the Audubon Park neighborhood both have market’s which have become anchors for locals and visitors alike.

Clermont’s Montrose Street Market will occupy the historic building on the corner of 793 West Montrose Street; a perfect location for engaging the growing Clermont population. Although the grand opening was delayed due to construction hiccups, the wait shouldn’t be long for those in South Lake.

The Mount Dora Marketplace is preparing for its big debut in the heart of downtown. Occupying the former Pisco Sour/ Lost Parrot building the market should offer a curated list of vendors and food offerings that will differentiate itself from the surrounding (and might I say delicious) traditional restaurants that Mount Dora is known for. A craft beer bar known as the The Filling Station is expected to be the central vendor with a variety of others taking up the first floor. As this project is still brand new, things could change as more details come to light. The first phase of the Mount Dora Marketplace is slated to be complete August 1st and the second phase shortly after.

As usual we will keep you up to date with the exciting additions to our local Lake County business scene. More to come on these great new ventures in the near future.